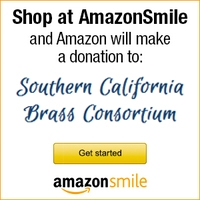 Founded in 2013, the Southern California Brass Consortium (SCBC) grew out of the desire to form a large, professional brass ensemble that performs challenging, yet accessible music. There is nothing quite as exhilarating as the sound of brass and percussion. Our 26+ member group performs a wide range of compositions and styles, as well as presenting works that include harp, piano, and organ.

SCBC not only includes talented brass players and percussionists, but also highly-skilled arrangers and composers within its ranks. We strive to present both new compositions and new arrangements of works by local and national composers.

The goal of the SCBC is to share the exhilarating spirit of brass ensemble music through high-quality concerts, recordings, and educational outreach.

SCBC recently had the honor of closing the 57th L.A. County Holiday Celebration at the Los Angeles Music Center on Christmas Eve to an audience of over 3,000, which was televised live on PBS. 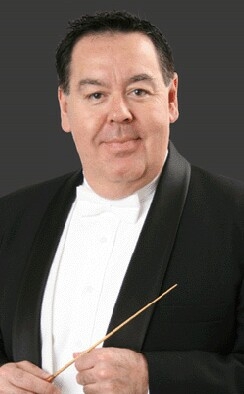 Hector received his Bachelor of Arts degree from California State University, Dominguez Hills where he studied conducting with Frances Steiner. He earned his Master of Arts Degree from CSU, Long Beach and studied conducting with Larry Curtis and Rubin Gurevich. Currently Mr. Salazar is the General Manager and Assistant Conductor of the Chamber Orchestra of the South Bay and has recently taken the baton of the Carson Symphony. In addition to leading the Southern California Brass Consortium, he is also Music Director for the Music Ensemble of Los Angeles. Mr. Salazar has conducted premieres of Kurt Weill's Marie Galante, Benjamin Lees' Labyrinths, Douglass Fake's Symphonic Episode (a world premiere dedicated to Mr. Salazar) and in 1992 gave the West Coast premiere of Claude Debussy's Suite bergamasque. In 2009, he conducted the world premiere of Timothy and the Magic Garden composed by Philip Westin and narrated by KOST's Karen Sharp with the Carson Symphony. The Los Angeles Times said that Mr. Salazar "reveals a fluid and clear baton technique and an intelligent sensibility." Mr. Salazar has also worked on numerous motion pictures and musical theatre productions throughout the Southland. (www.maestrosalazar.com) 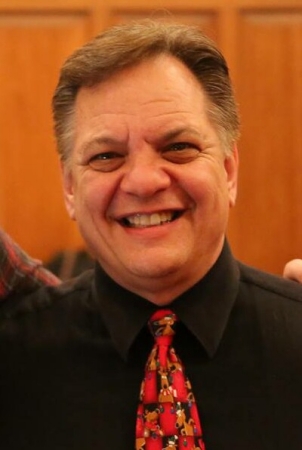 Lee Coduti has a multi-faceted career as a performer, vocal coach, mentor, musicologist, arranger, and orchestrator. Mr. Coduti was a member of the Opera Pacific Chorus for 17 seasons, performing in over 50 productions. He also performed with the Pacific Chorale for 14 years, and served as Musical Assistant to the Artistic Director, John Alexander. He earned his B.A. in music from Cal State Fullerton and his M.A. in musicology from Cal State Long Beach. Lee serves as a music research and repertoire consultant to several conductors and performers. As an arranger and orchestrator, Lee's work has been played in ensembles across the nation. In September 1992, his all-string arrangement of The Star-Spangled Banner was given its premiere by the Long Beach Symphony under JoAnn Falletta. He is currently the Church Administrator for Los Altos United Methodist Church. 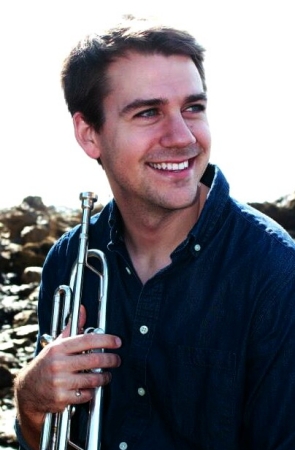 Drew Ninmer is a freelance trumpet player, arranger, and composer in the Los Angeles area. Drew is a graduate of California State University Long Beach, where he earned his Master’s degree in jazz studies. Drew earned his Bachelor’s degree in jazz studies from the University of Illinois at Urbana-Champaign. In addition to live performing, he has appeared on screen as a featured band member in the 2014 Oscar award-winning film Whiplash. Drew performs regularly with the Disneyland Band and is often seen in musical pits throughout the Southland. Drew teaches at Long Beach City College, as well as maintaining a large trumpet studio. 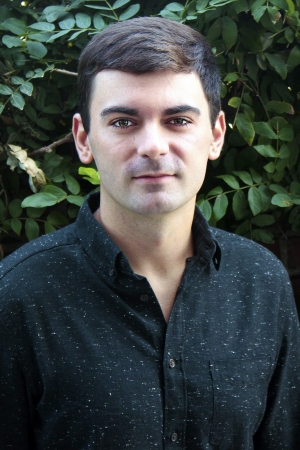 Anthony O’Toole holds a B.A. in Music Theory and Composition from Indiana University of Pennsylvania and a M.M. of Composition from George Mason University. He has composed more than 100 works and has written for virtually every major idiom and instrument. His music has been commissioned and performed by musicians and ensembles around the world. Mr. O’Toole’s music for wind band has been performed and recorded by some of the finest bands including the United States Coast Guard Band, the Kansas State University Wind Ensemble, “The President’s Own” United States Marine Band, and the University of North Texas Wind Symphony. He is a member of Phi Mu Alpha Music Fraternity, ASCAP and The American Composer’s Federation. Anthony currently resides in Long Beach, CA where he fulfills his commissions for new works and does orchestrations and arrangements as a freelance writer. 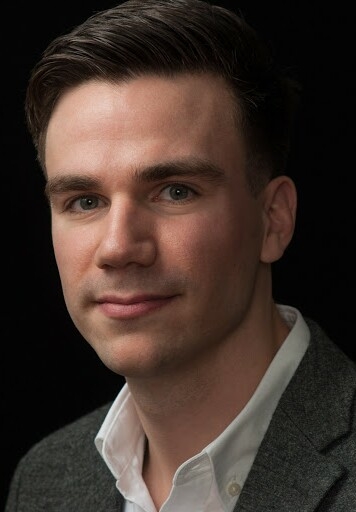 Known for his colorful, inventive writing and versatility, Scott Ninmer has established himself internationally as a prolific composer and arranger in a wide variety of genres. Scott has written compositions and arrangements for a wide variety of artists, including Trisha Yearwood, Fred Hersch, Richard Bona, Raul Midon, Gregory Porter, Benjamin Millepied, Steve Wilson, Marcus Printup, Eric Miyashiro, Jim Pugh, John Wojciechowski, as well as ensembles such as the Hollywood Bowl Orchestra, the Metropole Orkest, the Colburn Orchestra, the Minnesota Orchestra, the WDR Big Band, the New York Youth Symphony Jazz Band, the USAF Airmen of Note, the USAF Academy Band Falconaires, the Eric Miyashiro Band, the Southern California Brass Consortium, the American Tuba Quartet, and the Denali Brass. His music has been featured at notable venues such as the White House, the Hollywood Bowl, Walt Disney Concert Hall, Lincoln Center, Rockefeller Center, Kennedy Center, Strathmore, Wolf Trap, and Chicago Symphony Center. Scott’s music has attracted numerous awards and prizes from the “2 Agosto” International Composing Competition, the Detroit Jazz Festival Arranging Competition, the Jazz Education Network Student Composition Showcase, the Downbeat Magazine Student Music Awards, the New York Youth Symphony First Music Composition Competition, the United States Air Force Sammy Nestico Award, and the ASCAP Foundation Young Jazz Composer Awards. Scott is a graduate of the University of Illinois in jazz performance (BM) and the Manhattan School of Music in jazz composition (MM). In 2014, Ninmer joined "The President's Own" United States Marine Band, where he currently serves as staff arranger. His music can be heard on a number of albums, most recently on the Grammy-nominated album “If You Really Want” by Raul Midón and the Metropole Orkest. His music is published through Kendor Music, UNC Jazz Press, McGinty Music, as well as on his own website, www.ScottNinmer.com.

(The information presented in this publication has been prepared solely by the author and neither "The President's Own" United States Marine Band, the U.S. Marine Corps, nor any other component of the Department of Defense or the U.S. Government has endorsed this material.) 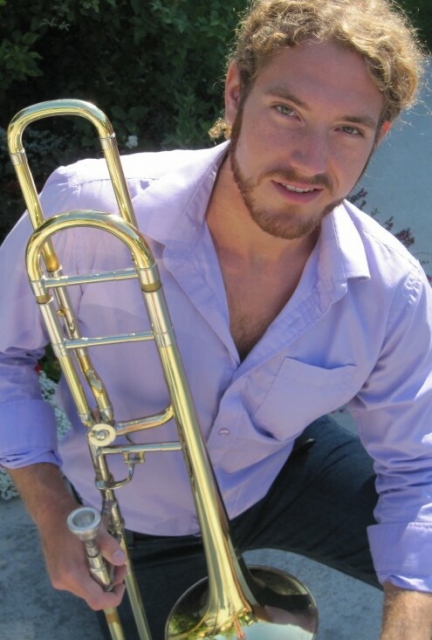 Patrick is a freelance trombonist and private instructor in the Los Angeles area. He recently completed his Master's degree in trombone performance at Cal State Long Beach, where he performed in two of the top ensembles, Wind Symphony and the Concert Jazz Orchestra. Patrick has appeared on-screen as a featured band member in the 2014 Sundance award-winning and Oscar-nominated film Whiplash. 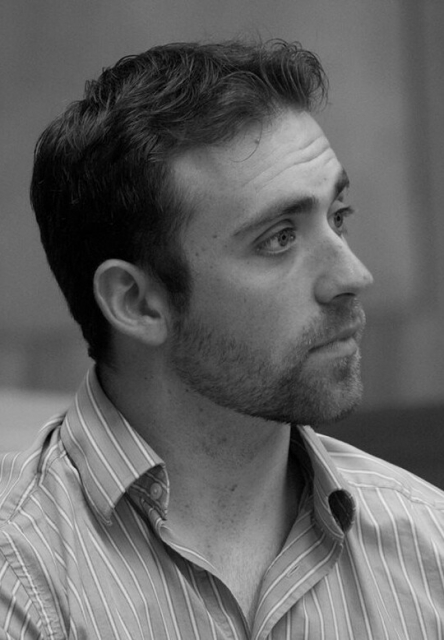 Taylor Presnall hails from El Dorado Hills, CA, where he appeared in several productions with El Dorado Musical Theatre (EDMT). He relocated to Southern California in 2016 and is majoring in communications, leading toward a career in Arts Management. Additionally, he holds the position of Operations Manager for the Long Beach Camerata Singers. 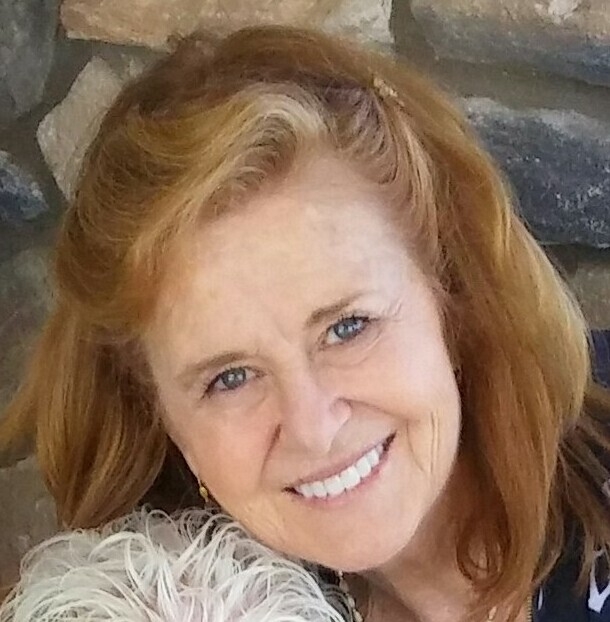 A Long Beach native, Vicki Newcomer worked as an assistant dental lab technician and dental hygienist for 50 years. After retirement, Vicki returned to school to earn a degree in interior design. She also authored a book on dealing with aging parents and working through memory issues brought on by Alzheimer’s disease.